Dec 4:
Up to now I have anonymized dr Samei Huda, but as he is one of the three experts who critiqued "Understanding psychosis" in The Mental  Elf, I am naming him.
I am also embedding three subtweets that he wrote after I suggested we agree to disagree in a discussion and he replied "Fair enough".

Sometimes people make arguments that are like chickens: you chop the heads off them with logic but they still keep running around
— Samei Huda (@SameiHuda) February 6, 2014

And I am describing this pattern because it caused me no end of confusion when I was trying to communicate my problems and my needs in a psychiatric setting.

ONCE UPON A TIME I TRIED TO EXPLAIN the concept of "dialogue" to our local Psychiatric Consultant.

And sometimes we have Responsus Interruptus: You ask me something, I begin to answer, and you interrupt with the "real" answer. If you want an answer from me, ask and let me complete my reply before saying that I am wrong. And if you want to dictate your version of the truth, don't hide it in a question.

While I was saying this, Dr C went into Thoughtful Listening Pose and nodded once in a while, which I now know can be the psychiatric equivalent of sticking a finger in each ear and singing: "NA NA NA NA NA I CAN’T HEAR YOU!"

And after I left, he wrote "she refuses to let me question anything she says or interrupt her", blasting another nail into the Borderline coffin he was building for me.

The mistake I made in this situation was a mistake I have made many times in contact with mental health care: I did not ask “Would you please repeat what I have just said?”

A COUPLE OF DAYS AGO I FELL into another example of parallel monologue - on Twitter, when a psychiatric consultant asked about the elephant in my blog title.  The first part of that story is here:

I gave up ( …) And giving up is a tacit agreement that the expert is right. A win/win situation for the expert.

And so it was for you, Dr Elephant Expert on Twitter.

You have asked to be named, but I decided not to do so, as I was found guilty of deranged stalking and obsessive tweet replication yesterday, by another mental help professional who asked to be named and “looked forward to” my response.  You can name yourself in the comment section if you want to.

I’ll begin with two quotes from a thread where you and some colleagues were subtweeting about me being a stalker:

Dr Elephant Expert 05.02.14 09:08 my quotes r blurred but nowhere does she refute them or point out her blog title is wrong: her view is only part of "elephant"

I will “refute” your quotes further down, for now I just have one question: Why do you expect me to “point out” that my blog title is wrong?

Dr Elephant Expert 05.02.14 09:12 interesting she doesn't point out context of science quote: she claimed to bee unable to see how psychiatry is based on science
(Later: The context is in a link that Dr EE did not bother to open)

From my point of view, the science of psychiatry can be compared to the geocentric model of the universe. 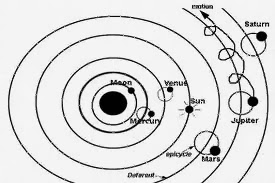 Just like idea that our planet is the centre of the universe, psychiatry starts from a false premise: the medical model of "mental illness".

I am not trying to change your mind about this, I am just refusing to agree with you. And if I prove that I am delusional by not agreeing that psychiatry is science-based, I can live with that.

Now to your tweets to me after I thought our discussion was over:

Dr Elephant Expert  05.02.14 10:00 and you didn't refute any of my other points: eg if medicine banned cos it MAY be harmful all meds banned for ALL illness

So, Dr Elephant Expert, here are some refutations

Dr Elephant Expert : but my point is about your blog title is "we" refers to all classes of viewpoints about mental health and that includes medical

The "we" in my blog title refers to people, which makes grammatical sense and fits  the theme of my blog. I linked to a post explaining my metaphor yesterday:  http://freudfri.blogspot.no/2011/02/we-are-whole-elephant.html , and I wrote: "IMO you, I and everyone are the whole elephant. To me, this is a reminder that people are more than the bits we notice. "

The “we” in my blog title does not refer to viewpoints. If my elephant had been a viewpoint elephant, I would have written "They are the whole elephant." That would have been grammatically correct. Mkay?

B: Appeal to Bagpuss Authority:

In case you haven't heard of fallacies, I can recommend this book that I bought for my grandchildren: It is easy to understand and even has pictures.

None of our elephants are evidence-based. Both of them are metaphors. And the nice thing about metaphors is that they cannot be correct or incorrect - they are what we want them to be.

I have absolutely no problem with your Bagpuss elephant, I am in no way stating that it is wrong, you are welcome to cleave to it as much as you want.

I do have a problem with your attempting to invade my people elephant metaphor with your Bagpuss one. Mine works in my context, as a reminder (which some psychiatrists I have met could sorely need) that people are more than what we see and perceive of them.

Therefore I suggest that we agree to leave each others' metaphorical elephants alone.

I have no desire to get you to admit that your Bagpuss Elephant is wrong.

Do you still insist that I admit that my  People Elephant is wrong?

Considering the power that psychiatry has in the field of mental health care, it is impossible to exclude the views of psychiatrists, and I cannot recall stating that I do so.

The straw man fallacy is very common both in Psychiatric Parallell Monologue and in dysfunctional families, and I find it very destructive.

It makes dialogue impossible, and it is so easy to get sidetracked into constantly saying "I did not say that, what I said was …" or giving up and proving that the other person is right.

My advice to people who need any kind of mental health care is to openly record meetings with helpers, at least until they have shown themselves to be trustworthy.

Professionals who are capable of dialogue and communication will probably not mind, and if there is miscommunication, it is useful have evidence of what was actually said.

Dr Elephant Expert 05.02.14 10:00 @ivaalsg and you didn't refute any of my other points: eg if medicine banned cos it MAY be harmful all meds banned for ALL illness

Do you consider your medicine argument to be rational? It is so silly that I honestly thought you were trying to be funny, but when I think back, you seem to have mentioned it five or six times, and you repeated it yesterday, so you must really be in love with it.

Where is the logic of banning medicine because it MAY be harmful?

The alternative I prefer is honest, evidence-based, unbiased studies of medicines, with full disclosure of financial relationships between high-profile doctors and drug companies.

The last example of parallel monologue comes at the end, when I  wrote: “You will star in a blog post called "Psychiatric Parallel Monologues", and you replied: “I do suspect a lot of social media discourse is on parallel tracks”

I thank you again for helping me describe this pattern of parallel monologues.

I now suggest that we stop here and agree to disagree about elephants, psychiatry as a science and harmful pills ... have I missed something?

But if you have something more to say, you are welcome to use the comment section.

Later: There have been replies from Dr Elephant Expert.
If I get more, I will paste them in here.

@DrElephantExpert:
interesting that u agreed with some of my points and didn't refute the others. And interacting on Twitter is social media. Allend. 04:29 PM - 06 Feb 14

@DrElephantExpert:
eg ur assumptions of medical model are incorrect, the point of parable you chose is that no one view is correct about al eg of self 04:32 PM - 06 Feb 14

Here is my response:
My last reply to you: Suggest for the third and last time that we agree to disagree. Your tweets will be copied into my post 5:49 PM - 6 Feb 2014


Which arguments did I agree with?

Later:
Dr Elephant Expert seems to have won
when I suggested we agree to disagree.
How nice for him.

Which of my arguments kept running around after he chopped their heads off with logic?