"People as things,
that's where it starts"

From "Carpe Jugulum" by Terry Pratchett:


The Omnian priest Mightily-Praiseworthy-Are-Ye-Who-Exalteth-Om Oats  is sitting by a roadside road talking with an old woman. He does not know that the woman is a witch and therefore knows how many angels can dance on the head of a pin:

"Sixteen!"
"You've counted sixteen?" said Oats eventually.
"No, but it is as good an answer as any you'll get. And that's what you holy men discuss is it?"
"Not usually. There is a very interesting debate raging at the moment on the nature of sin, for example."
"And what do they think? Against it, are they?"
"It is not as simple as that. It's not a black and white issue. There are so many shades of gray."
"Nope."
"Pardon?"
There's no grays, only white that's got grubby. I'm surprised you don't know that. And sin, young man, is when you treat people as things. Including yourself. That's what sin is."
"It's a lot more complicated than that--"
"No it ain't. When people say things are a lot more complicated than that, they means they're getting worried that they won't like the truth. People as things, that's where it starts."
"Oh, I'm sure there are worse crimes-"
"But they Starts with thinking about people as things…"

An example of  "thinking about people as things" is Abraham, who is willing to kill his son because his god demands it. When finally I saw the situation from Isaacs point of view .... 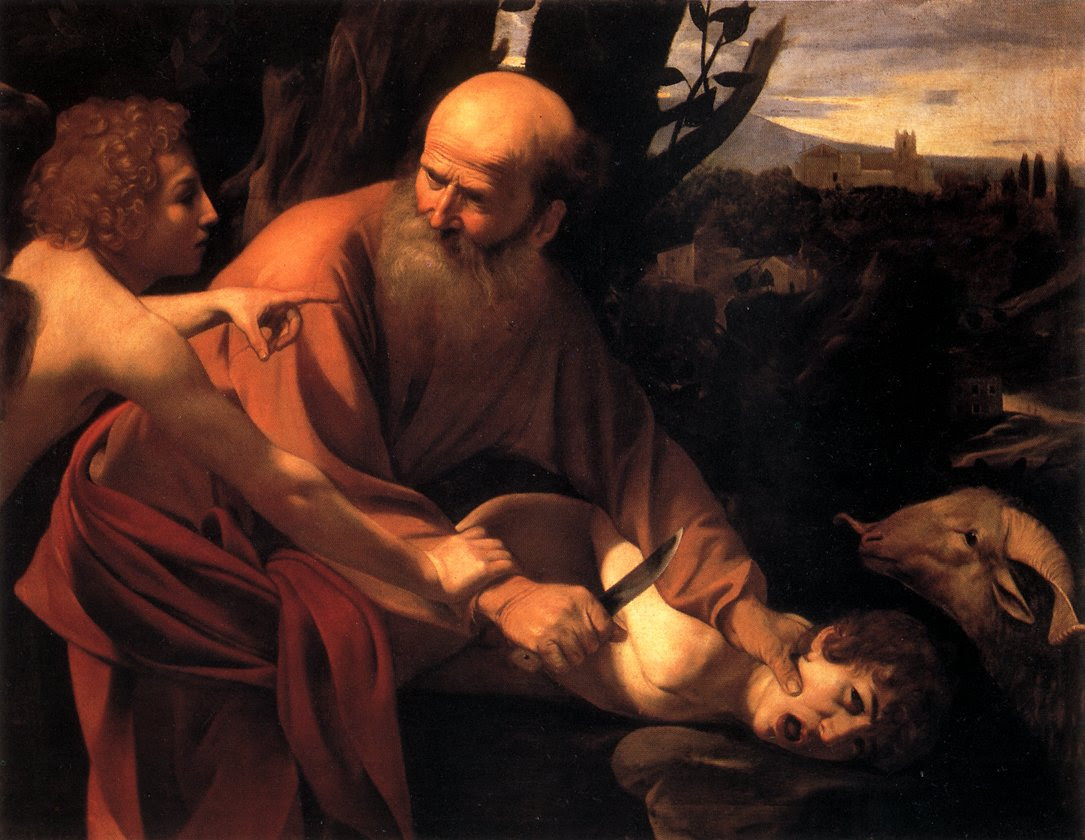 I found it impossible to believe in the Christian faith that I had grown up in.

If you're getting a sense of deja vu, it's because I have has a post with this title previously, which I have now deleted because of a niggle ... the article I linked to left me with a feeling of unease, which I understood when I reread it and read that the author, Elizabeth Scalia, "is the Managing Editor of the Catholic Portal at Patheos and blogs as The Anchoress."

I'll put in the link here in here: