Honouring my strong and broken mother 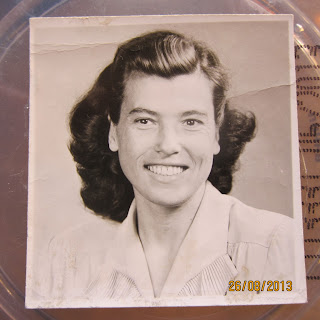 My mother gave me many many of the problems I've had to deal with in life.
She is also one of my heroes.
I am posting the last part of a eulogy that my sister and I read together in church  during her funeral:

SISTER
In the weeks before she died, mother was at peace - it was as if she had arrived at a place in her inner landscape where she could relax, enjoy herself ... and say "I love you".

INGRID
It  has not aleays been like this, and we do not honour parents by seeing them in a pastel fairytale light. We honour them by seeing them as they are, as clearly as we can. And there was nothing pastel about mother.

SISTER
When I was a child, I thought that my real mother was held prisoner in a tower, guarded by a soldier.

INGRID
And as an adult I have seen her as a warrior with post-traumatic stress syndrome. I know nothing about her specific enemies, but I find it easy to understand her when I compare her to Vietnam veterans who kept fighting in isolated wildernesses long after the war was over.

SISTER
She was stuck somewhere inside her mind; in a place where there was war and danger, where she had to fight for survival, not only for herself, but for her children and for others. And she fought, and she never gave up. And even if no one, maybe not even she, knew what the real enemy was, this makes her a hero to me; a warrior. And her fighting spirit is something I that I wholeheartedly can honour and admire.

INGRID
Some of you have seen her on old 8mm films, the missionary in India giving out food in famine areas and being greeted with garlands and obeisance - but no one filmed the work she did in the little clinic at our mission station. People would queue up patiently outside with open sores and physical damage one never sees in our part of the world, and she cleaned and bandaged and stitched and helped, cooly and compassionately - and for this heroic work she also deserves honor and admiration.

SISTER
Being the daughters of our mother has not been easy, but she has given us so much of value, and one of her greatest gifts was the gift of rebellion: She showed us that it is possible to question established truths and find our own answers. And if, as we grew up, she did not want us to question her answers ... well, that is not uncommon amongst rebels.

INGRID
We are very proud of our mother, and we declare peace over her memory.


(The last phrase is a direct translation of the Norwegian way of saying "rest in peace".)
Lagt inn av Ivaa kl. 23:33