"yes but the point is"


I was only an observer this time, and the interchange is so surrealistic that I want to document it in screenshots to get the chronological order.

But first "the point":


@Doremus42 @ivaalsg yes but the point is nobody is aware of every aspect of themselves hence multiple perspectives still needed 5-0
— Samei Huda (@SameiHuda) December 5, 2014

To me, point is that fact is fact and opinion is opinion, and discussions about "getting it wrong" are only relevant about statements that are falsifiable.

I am embedding two images that don't show in the screenshots:


@SameiHuda @ivaalsg OK, now that we're agreed on this being a valid representation of the situation in the parable: pic.twitter.com/L9m6Z4w1zZ
— Doremus (@Doremus42) December 5, 2014

And the screenshots need to be read upwards. 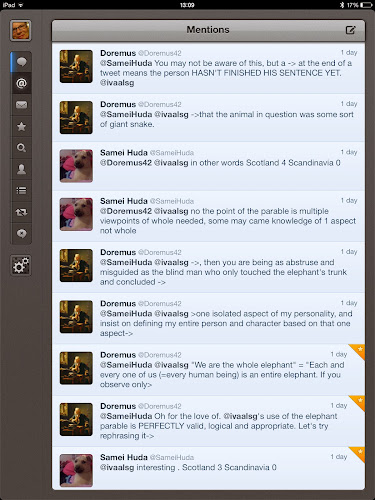 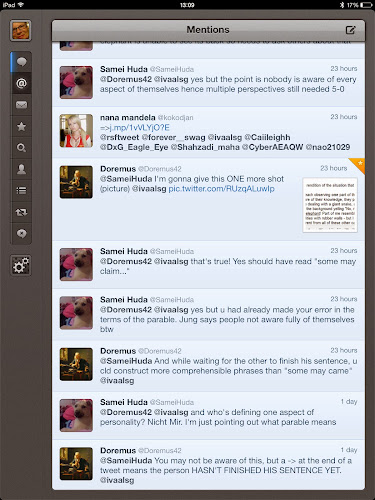 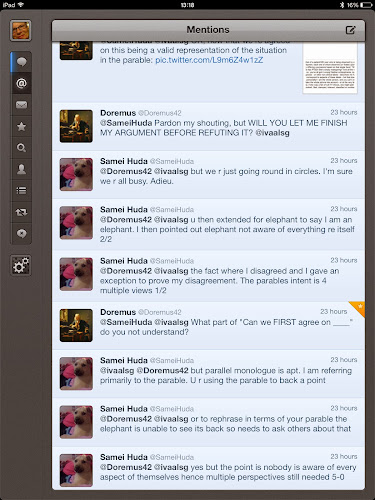 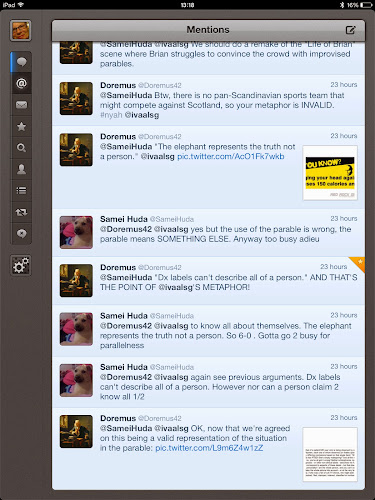 The sentence in Norwegian at the top of the next image belongs to another conversation, but fits in nicely: "You can realize that I am right or complain and be shown that I am right". Said by the psychiatrist who borderlined me, in our first meeting. 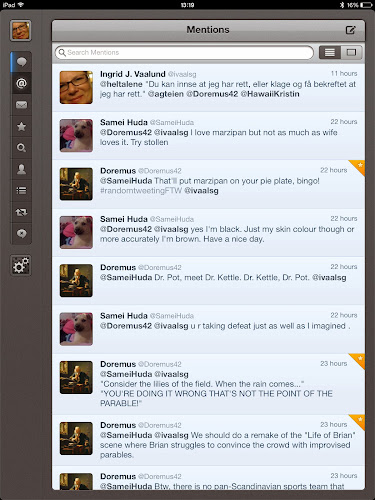