"u still got it wrong"

This is a sequel to

Link to the critique that is mentioned in my first tweet:

@ivaaNorg @Mental_Elf yes the person who explained you got the parable wrong!— Samei Huda (@SameiHuda) 4. desember 2014

@ivaalsg if someone makes a mistake then u try and explain it to them it's up to them then if they persist being mistaken— Samei Huda (@SameiHuda) December 5, 2014

Dr Huda won again, and I'm letting him have the last tweet.

I'm posting this to illustrate how impossible it can be to have a dialogue about opinions with certain "experts by knowledge" in the mental help professions.

I wouldn't bother if it hadn't been for earlier experiences with mental help experts who had power over me and knew that I "got it wrong" when I did not agree with them.

As I see it, fact is fact, opinion is opinion, and when opinions differ, one can agree to disagree.

A screenshot of my opinion on the parable that Dr Huda insists that I got wrong, from "Psychiatric Parallell Monologues" 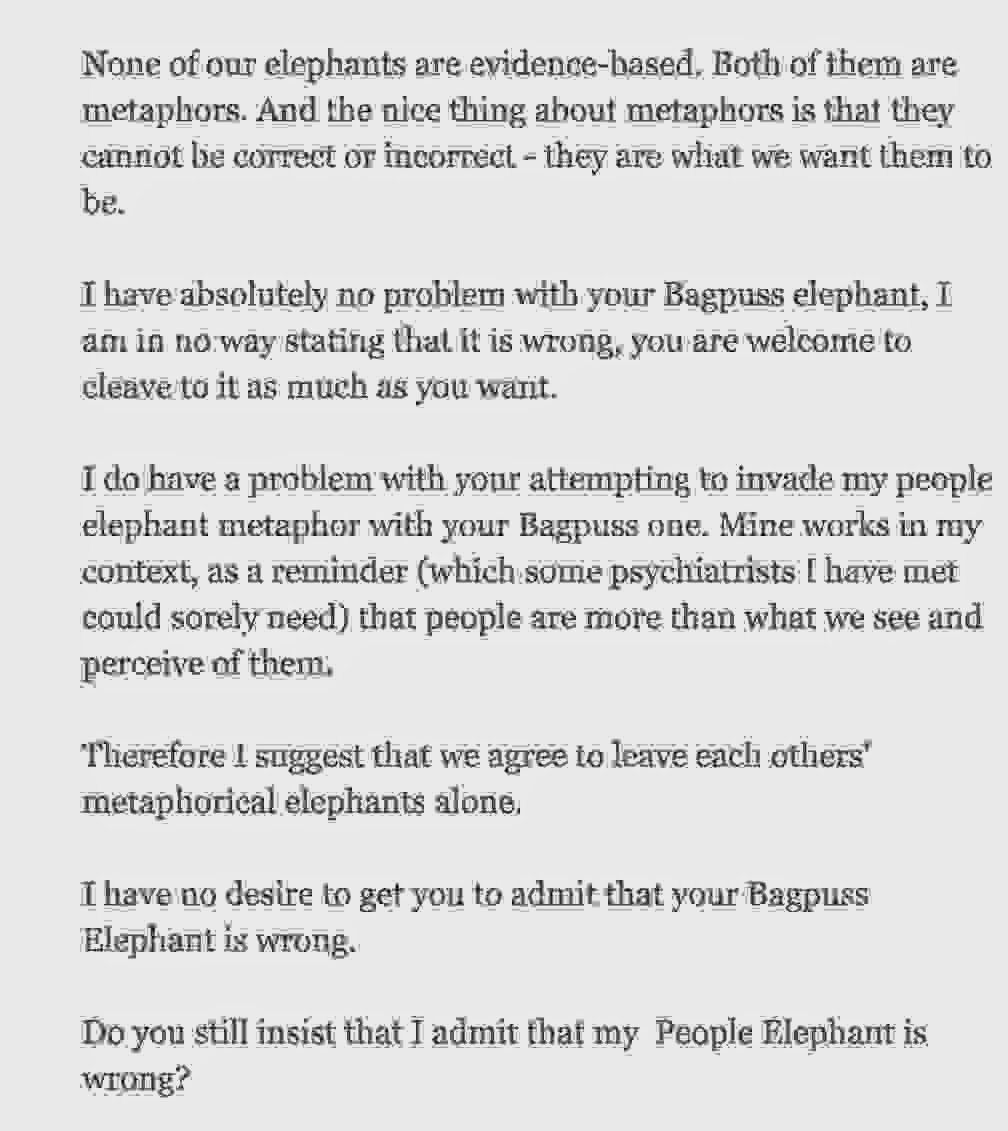